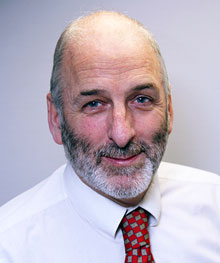 Jeremy Driscoll MBAIn the spring of 1989 Jeremy Driscoll and Richard Winder met on-board a sailing yacht in Lymington; not only did they and their crew of 9 go on to win the LTSC Spring Series but, unbeknown to them, this was to become the beginning of a lifelong friendship grounded on a shared loved of the sea and of sailing.

During the intervening years they have sailed many thousands of miles together cruising to Spain, racing in Cowes Week, several Fastnets and more recently a two handed race to the Azores and back (the AZAB) and a Transatlantic crossing in 2008. 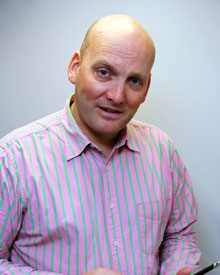 Richard Winder BSc(Hons) MRICSThe mind does strange things at sea and a plan was hatched. Richard, a qualified and practising Chartered Surveyor for over 25 years, and Jeremy, an MBA Graduate from Portsmouth University, digital marketing consultant and internet entrepreneur, agreed to combine forces to create a business generating internet search engine aimed at Richard's fellow RICS Chartered Surveyors, with Jeremy providing the technical and website expertise, and Richard advising on property and surveying matters.

As the project evolved, Jeremy saw the potential for expanding into other markets, so the system was designed as a core package that could be adapted and deployed into other industries and markets..

Since the launch of the first site, Local Building Surveyors, in 2011, AZAB has used its proprietory platform to launch other property related lead generation services - for Conveyancers, and now Mortgage Advisors, both as individual sites, and also consolidating them into one a single portal, The Moving Centre.

The AZAB owned sites have continued to expand into some of the leading property lead generation sites in the UK, with the Local Building Surveyors site alone estimated to have generated over £30M of fees for subscribing surveyors.

Looking forward, Richard and Jeremy are keen to expand the model into other areas and are looking to form alliances with people and companies with the right market knowledge to be able to establish new lead generation businesses.

Register on one of our sites

Are you a Chartered Surveyor, Conveyancer, or Mortgage Advisor and wanting to sign jup on one of our websites?

In the property industry? Do you want to add one or more of our property websites "Find a..." search facilities to your site? Click the link below for more information...